EDG Coffee, based in Dripping Springs, Texas, sources its coffee beans directly from its flourishing Nicaraguan farm: Finca Esperanza de Gloria (“Hope of Glory Farm”). Because EDG actually owns the farm, it can ensure that the local harvesters are paid excellent wages and treated fairly, producing top-quality coffee without a trace of corruption.

Unfortunately, even with its strong core values and delicious final product, EDG Coffee was struggling to set itself apart from competitors and expand into the national market for coffee subscriptions.

In 2021, Magneti joined forces with the EDG team to guide them through a thorough brand and naming process, evolving the identity of EDG Coffee into Rootline Coffee, and bringing vibrancy and color into their brand to highlight the amazing people behind the coffee. 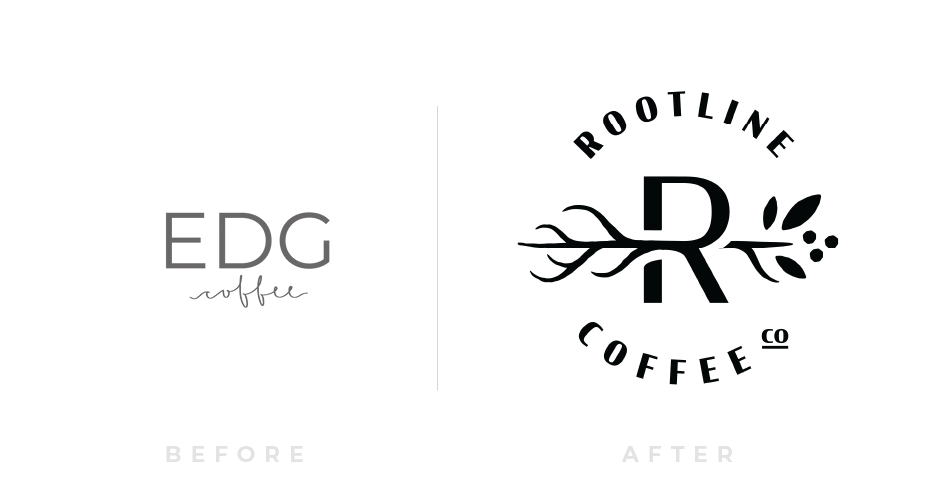 With Magneti’s help, EDG would work to establish itself as a unique, innovative coffee company in the Austin area while honoring the Nicaraguan workers who dedicated themselves to caring for EDG’s farm.

How We Did It:

Over the next six months, Magneti led EDG Coffee through a comprehensive brand identity evolution. We crafted a brand philosophy based on EDG’s patient, farm-to-cup approach, created a company name that reflected EDG’s core values, and infused its new visual system with rich colors and symbolic imagery.

During our first meeting with EDG, we learned that its team is obsessed with producing specialty-grade coffee that’s ethically sourced. However, in a saturated market where consumer expectations are already sky-high, we knew that these points alone wouldn’t be enough to elevate EDG’s coffee operation over that of its peers. So, what truly sets EDG’s brand apart?

Well, unlike most of its US-based competitors, EDG owns land in Nicaragua! EDG’s crew ushers its coffee beans from the high mountains of Jinotega all the way to Texas Hill Country. They invest special care in every step of the process, from the planting of the seeds to the customer’s first taste.

Magneti’s marketing team gave a voice to EDG’s distinctive, farm-to-cup business model. Now, with help from our brand specialists, EDG boasts that its coffee is “lovingly crafted, from seed to sip.”

Positioned as one of the first farm-to-cup coffee operations in the nation, EDG is now primed for widespread growth, both at home in Dripping Springs and across the sea in Jinotega.

Early in the process, we identified a big branding red flag: EDG’s name. First, was it pronounced “E-D-G” or “Edge”? (Answer: “Edge”.) Plus, what did EDG even stand for? The lack of clarity was causing potential customers to opt for competitors, costing EDG valuable market share.

To clear up the confusion and place EDG on a trajectory for sustained growth, Magneti recommended a new name: Rootline Coffee. Why Rootline?

Well, EDG’s crew gets their hands in the soil. “Rootline” has an earthy, authentic connotation. EDG’s team emphasizes quality at every step — farming, processing, roasting, grading, packaging, and pouring. “Rootline” emphasizes this continuity. From seed to sip, Rootline crafts its coffee with precision, transforming each harvest into a delightful cup of coffee.

Before the Rootline brand could leap into action, it needed life-giving visuals. Thankfully, Magneti’s creative team was on top of things, whipping up an attractive, scalable, and symbolic logo that evoked Rootline’s unique model and value.

Coupled with a vibrant visual system, Rootline was ready to show its brand to the world — and take the local coffee market by storm. 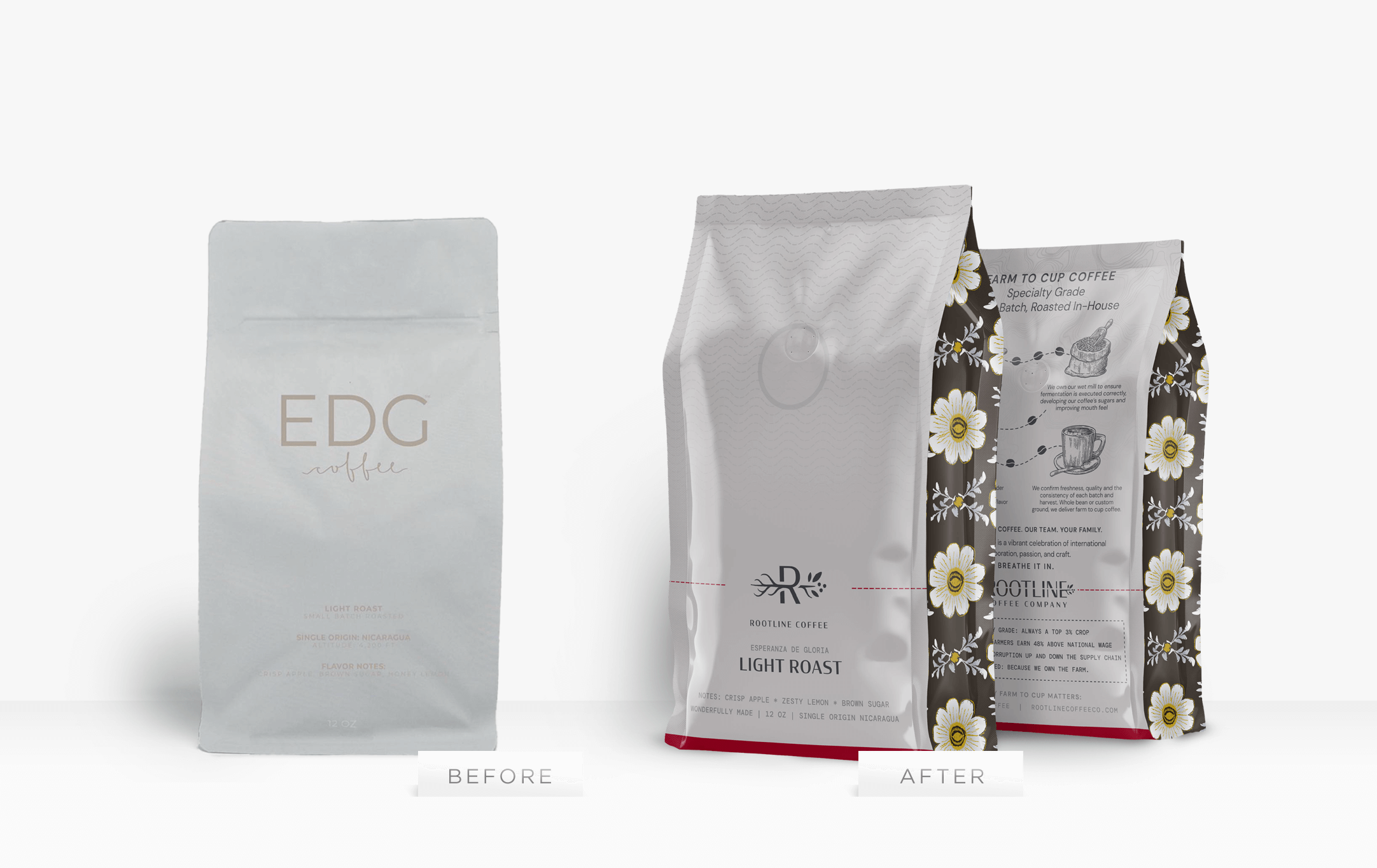 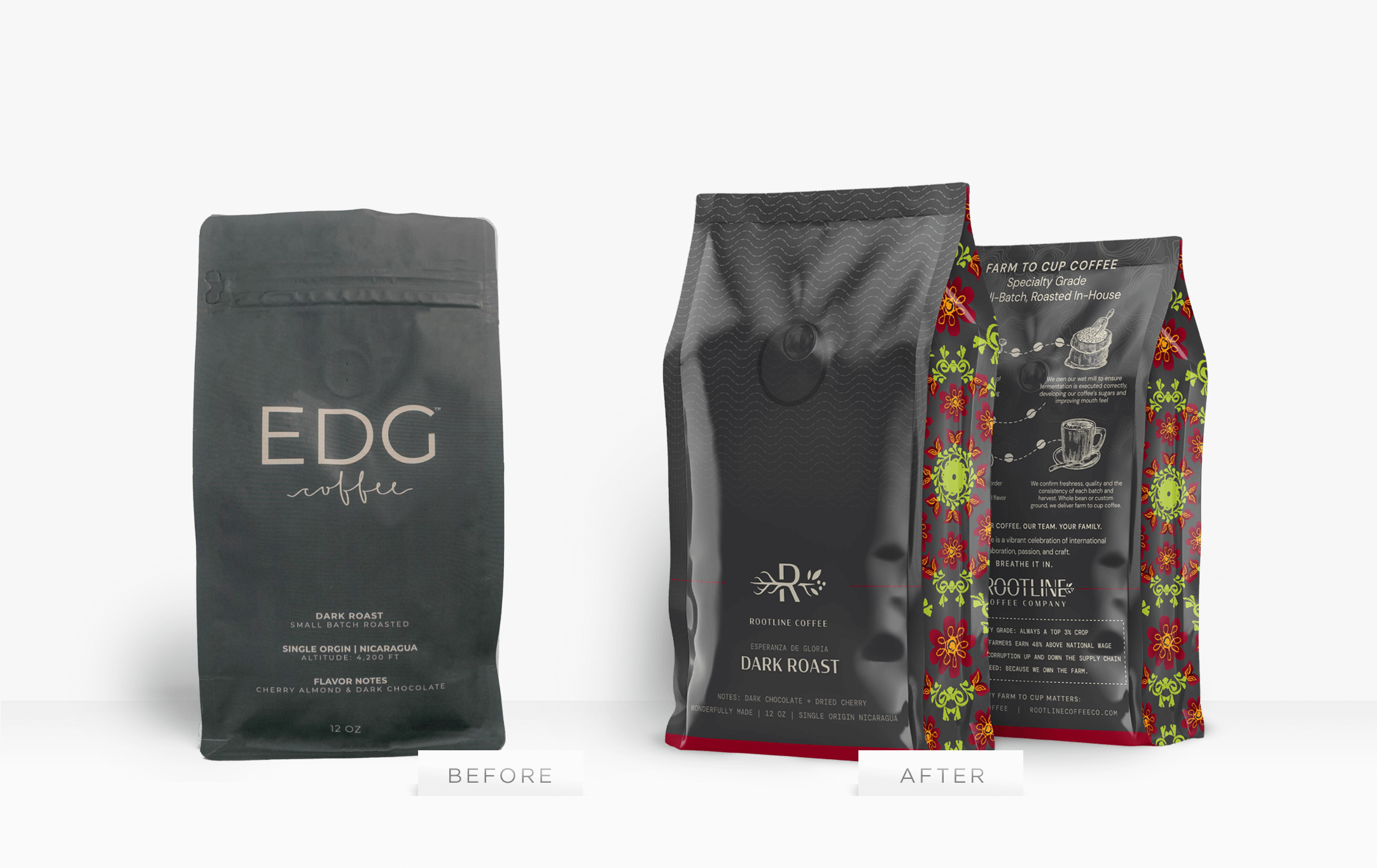 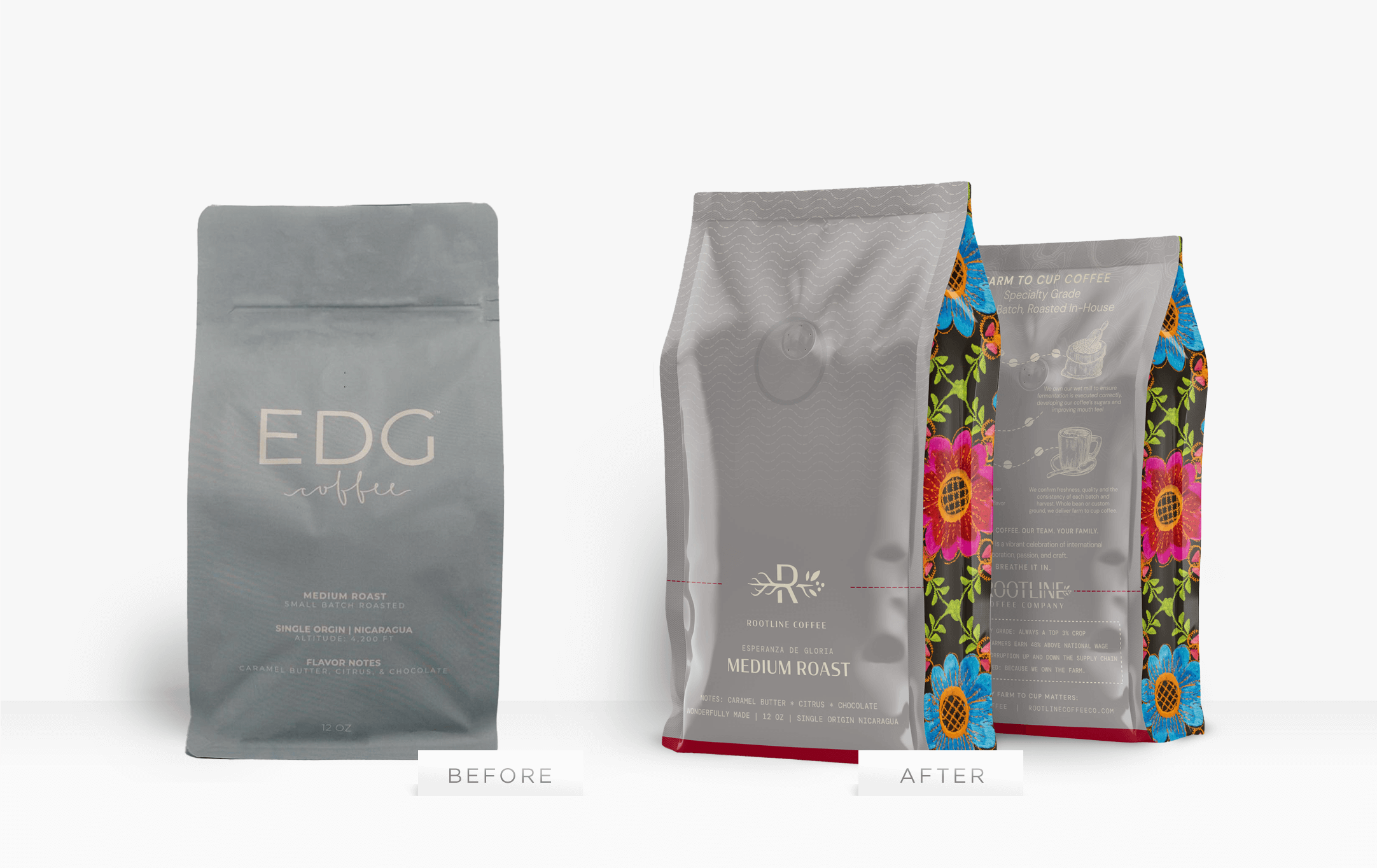 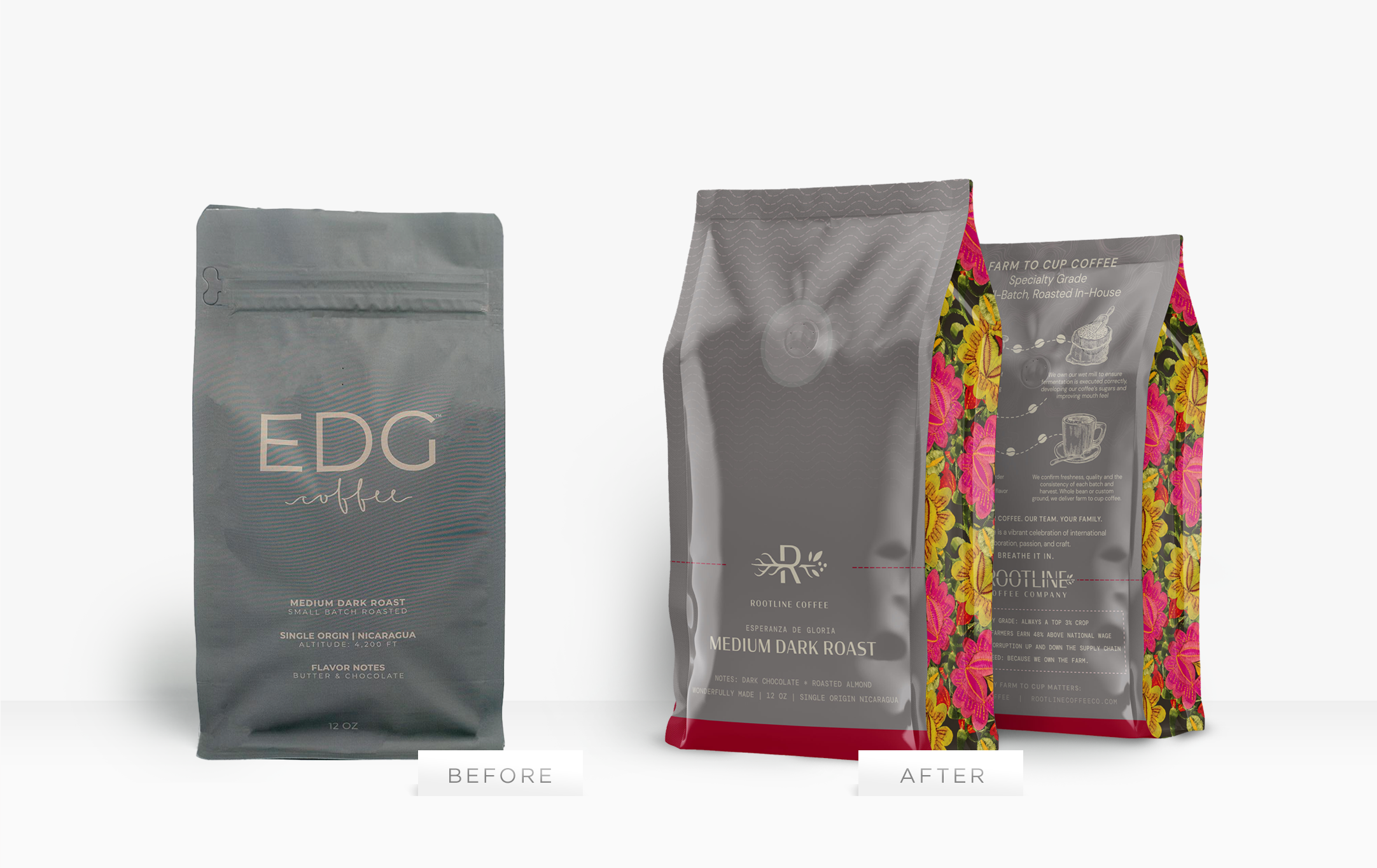 Here at Magneti, we obsess over results. With laser focus and a few extra doses of creativity (and coffee!), our team will joyfully tackle your company’s latest project. Whether you’re a coffee shop in Austin, a law firm in Arkansas, or a nonprofit in Colorado Springs, we’re here to strengthen your brand identity and set you up for stratospheric growth.

I Want to Grow